T is for train. 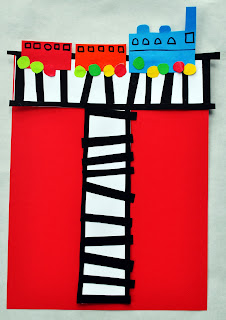 T is for train and train tracks. 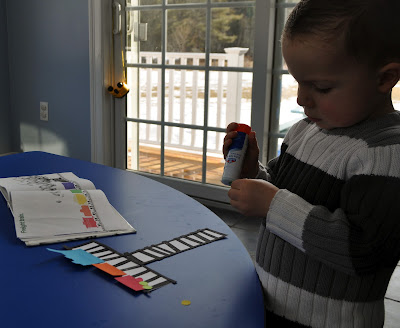 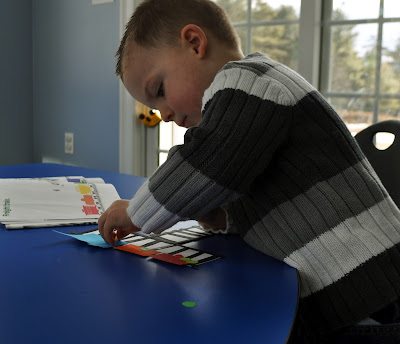 Jack really loved working on this letter.  Jack asked to make T look like a train track with a train on it - similar to the one in the book Freight Train by Donald Crews.  I especially love Jack's rainbow colored train wheels!

P.S.  I must say that the speech-language pathologist in me is feeling a little guilty about this letter since the word train actually begins with the consonant blend tr- and not the t sound.  I thought I would make a note of this so that some day when Jack looks back at this post that I can tell him!  I have a feeling that my train loving Jack-a-roo won't mind too much that I let this one slip!   ;)

I love the train craft! I found this on Pinterest, but the link was incorrect. Do you by chance have a single link to all your Alphabet crafts, so that I may start at the beginning?

Click On Ella and the Monkey and Lavender To Visit Maddy's Blog!